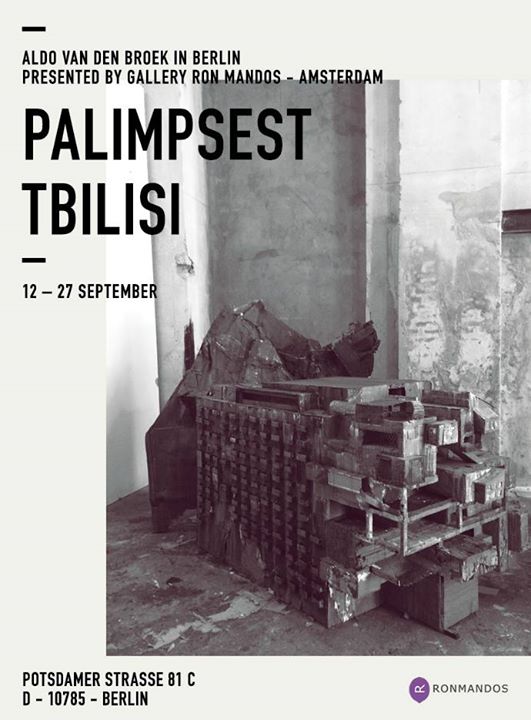 OTTO is a sculpture. OTTO is an instrument. Inspired by musical objects that were handcrafted out of everyday artefacts used in the trenches of World War I, OTTO is a unique sound and art object that was shaped in a European context. The object was built by Aldo van den Broek out of materials gathered during the Ukraine crisis in the summer of 2014. Yet voiceless, OTTO is waiting to be played by the cellist Céline Papion.

The aesthetic, musical and symbolistic potential of this unique instrument appeals to international artists who cooperate at all levels of that interdisciplinary project.
The protagonists are looking forward to presenting themselves in todays’ concert.

Richter 1 for Cello and Live-Electronic – 2014
by Jesse Ronneau
Jesse Ronneau (*1974 in Chicago, USA) is a composer, improviser, performer, author and lecturer, a dual Irish/US citizen currently living in Germany.
His music concentrates on extreme timbres, extended instrumental techniques, acoustic phenomena as construct, and often live processing of the above using Max/MSP. On the web: http://www.jesseronneau.com

Tampered for Cello solo – Premiere
by Paul McGuire
Paul McGuire (*1988 in Dublin, Irland) is a Dublin-born composer based in London. He is fascinated by the grain of sound and the interactivity between real and recorded sound. He investigates the acoustic, timbral and technical characteristics of musical instruments, beyond a usage of extended techniques in order to focus his practice on sounds that one wouldn’t normally associate with such instruments. On the web: http://paulmcguirecomposer.com

Fwol for Cello and Sampler – Premiere
by Robert Phillips & Céline Papion
Robert Phillips (*1981 in Sacramento, USA) is a chamber and electroacoustic music composer/performer. His music integrates a diverse vocabulary of sound samples, multimedia tools, nonidiomatic instrumental methods, and interrogative approaches to musical style. He is a fellow of Akademie Schloss Solitude, Stuttgart 2014. On the web: http://robertphillipsmusic.com

Lackiererei for two Musicians and Playback – 2014
by Joseph Michaels & Céline Papion
The music of Joseph Michaels (* 1977 in Oberlin, Ohio, USA) features extended techniques, alternative tuning systems, music theater, and various media, like the playback of prerecorded material and film. Michaels’ interest in probing sound worlds and their social implications is evident in many of his recent works, which confront experimental classical music with events and sounds from daily life and other familiar settings. On the web: http://www.michaelssound.com

Céline Papion, Cello
C. Papion (*1982, Orléans, France) is a French cellist and performer living in Germany. Her understanding of music is one of living arts and an absolute principle of experience Due to her eagerness to research and experiment and her openness to all forms of music and art, she has become involved with the interpretation of music from the 20th and 21st centuries and collaborating with contemporary artists. She premiered more than 50 world pieces in close collaboration with composers from all over the world.